Looking back on 2012, as well as looking through other peopleʼs Instagrams and generally taking a little time out from the shenanigans, Iʼve realized Iʼve had quite a year. And Iʼm pretty fucking happy itʼs over. Without further ado, hereʼs my Shame Train year (may be my most shameful yet) in review:

OkCupid dates that amounted to more than one date: 1

Number of private messages on OkCupid from swingers: 17

Number of OkCupid profiles I now have: 0

Number of times I went topless at the beach: Too many to count.

Men met at the beach who lived in Bushwick, who worked in an *unknown* bar, borrowed $100 from me the first week knowing me (thankfully paid back), then proceeded to tell me I was the hottest, smartest, sexiest woman heʼd met in NYC while (months later I found out) was living with his girlfriend: See above. 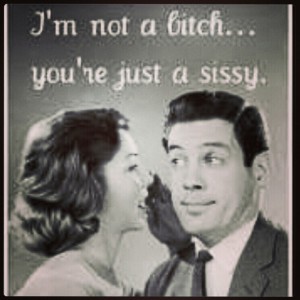 Texts from unknown numbers that I woke up to after a ridiculous night out of drinking: 31

Number of times I actually wrote back: 1

Number of nonsensical drunk texts sent in one night: 47

Ex-boyfriends who I still am friends with: 2

Ex-boyfriends who still hate me: All of them. 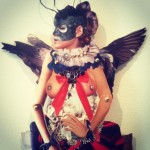 Years in a row gave myself black eye on my birthday: 2

Years in a row had major birthday injury from “overserving” myself: 3

Number of times my humorous tramp stamp was featured in a dirtbag bar workerʼs Instagram (unbeknownst to me): 1

Fucks given about such an appearance: 0

Number of times various bar patrons have seen said dirtbag bar worker’s dick: So many (he likes to take pics that he thinks doesnʼt get passed around). 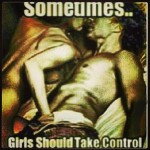 Bushwick bars Iʼve 86ʼd myself from due to overuse: 4

Bushwick bars Iʼve returned to out of boredom: 4

Bushwick bars within two blocks of my house that Iʼve managed to take a cab home from: 2

Men Iʼve fallen head over heels with in the last month of 2012: 1 (more about this unexpected turn in the next column).

Sure, thereʼs been some detailed ups and downs and in-betweens with all of this but this pretty much sums up the fun (and sometimes not too fun) part of the year. 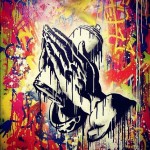 On a personal note: This past year has also given me some of the greatest friends a girl like me could have ever asked for and Iʼd like to thank them for their continued friendship. Youʼve never judged me, you know where my heart & loyalties lie, and youʼve always been there with me, never once doubting my sincerity, honesty or my love. Youʼve watched me do some of the most ridiculous things in the world, understood why they happened and loved me for it — and for that I am forever your gal. You know who you are.

Hey Darlin’ Do You Gamble? from Lucero on Vimeo.