Arts & Eats: American Comfort Food with Jo Yeh at Amancay’s Ask Dr. Coke: Does Cocaine Give You a Hangover? 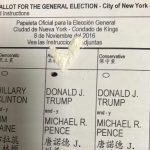 Q: Why do we have to snort coke? Why can’t we just mix it in our drink?

The nasal passages are the quickest route to the brain, giving you the immediate lift. You just swallow it, you just get the bump gradually, over like the next three days. Who wants that?

Q: But snorting it is such a pain in the ass. I mean, you’re sticking a key in your nose, or a rolled-up dollar bill. In a bathroom. Come-on, all that shit is nasty.

You fucking hippies, with your vaping and one-hitters and edibles. Now that pot is pretty much legal, you want to do all of your drugs out on the street in front of everyone.

Q: The last time I got with my dealer, he gave me an extra three bags. He said I could pay for it later. Then, a week later, he asked for the money. The trouble is, what he sold me was some shit coke. Should I ask for a refund?

Fuck yeah, ask for a refund. I tried that coke. It was crap! It was like chalk. It gave me a sinus infection.

So I would ask for a refund on two principles A: That shit was sorriest excuse for coke I ever tried, and B: If your guy has the presumption to ask you to pay more than what you were planning on, then the coca he is selling better be DAMN good. That coke was crap. You could cook brownies with that baking soda.

Just remember kids: If it smells like gas it will be a blast….