Shame Train: When Your Type Ain’t The Norm 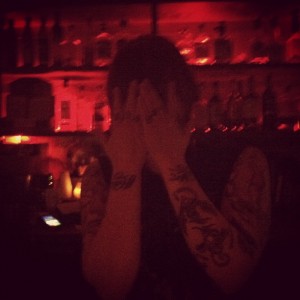 My dear Shame Train readers: I’ll admit it. I fucked up. Big time.

I haven’t written because I slipped up, dated someone I shouldn’t have. I promise it will never happen again (or at least I hope not).

I found myself ready to date someone. It was still viciously cold outside, I was going through some job stresses, on top of it all, I hadn’t gotten laid in about three months. In other words, I wasn’t exactly in the position to be thinking clearly (never mind the millions of Jameson shots I was having per day just to get me through everything).

It was a blistering night out and I had already been drinking for over an hour when I met my friend Heather* out at Heavy Woods. To be honest, I remember about the first twenty minutes – seeing her, being happy to see her and meeting her coworker. I remember thinking he was cute in that “I’m a normal kind of guy” kind of way. You know, the kind of guy that you think is okay but isn’t anywhere close to your type nor on your level. Just a normal – nothing in particular that stands out, nothing in particular that turns you on or off. Something that is neither good nor bad in my book, but definitely a take it or leave it situation. I guess the most outstanding feature was that he had a good beard and normal or not I’m definitely a sucker for those, especially with some Jameson in me.

The next morning, I vaguely remember having made out with The Norm but thought nothing of it. 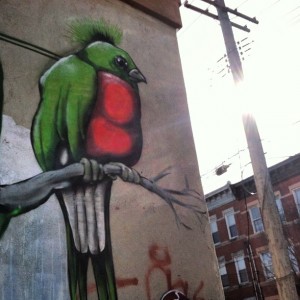 The next night, however, I got a text from The Norm: “Hey, this is the guy you’re dating. Where you at?”

Again I had already been drinking so I replied, “Cobra.” Just as I replied that, he walked in. “Okay,” I thought, “I don’t know what the dating thing is all about but he’s not hideous, I’m drunk and I love kissing while drunk so let’s do this.”

Come to find out that first night at Heavy Woods, while I was shit hammered, I basically said that he and I were dating, that we weren’t to fuck anyone else and that I was his.

Yeah. I did that. I couldn’t quite believe it myself as I had really no recollection of it and no intention of doing such with this guy. And here’s where I fucked up: knowing he wasn’t my type, that it really wasn’t going to go anywhere and that we weren’t on the same level — I went with it. And so did he. So, something that started out as a joke had now become somewhat real.

Of course it didn’t last long. We had a bunch of “real dates” and some silly adventures, but I’m way more wild than The Norm. I mean, he’s a nice guy and I still say hello when I see him (we do live in the same neighborhood, afterall) but nice and normal as a complete identity isn’t exactly for me. Eventually he wanted to have “the talk.” I didn’t even think that was necessary, but he insisted on having it in person – a nice change from most NYC dudes, actually). However, here’s some highlights of this experience and some things I’ve learned:

If you have a type who you KNOW is your type — don’t talk yourself out of exploring what the two of you could have because of loneliness, boredom or convenience. A type is more than looks — it’s the way they live, the interests they have, their version of cool, their goals in life and their ideals and their maturity level. All those make a type.

Now it’s back to square one of me finding mine. And never again compromising it. I’m at least going to try, okay?