MAYHEM and BARBARITY Erupt at the Bushwick Snowball League

It started out with the best intentions, really. But even before the official start, the first organized battle of the Bushwick Snowball League descended quickly into utter chaos and mayhem!

The idea behind the Bushwick Snowball League went something like this: On the city’s first major snowfall, we would all meet at Mazelle and form teams. The organizer, Tania, would place flags around the neighborhood. The teams would then race against one another to grab the flags while trying to thwart the other teams from grabbing the flags first. The weapon of choice were snowballs. Lots and lots of snowballs. 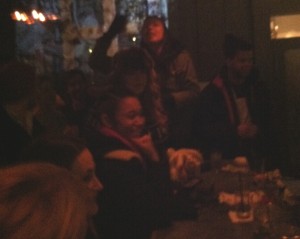 Or something like that. We weren’t entirely sure of the rules, but Tania seemed to have a plan anyway. So, last Friday, when forecasters were all predicting snowpocalypse, the word went out to meet at Mazelle, 10:30 PM — just when everyone else in the hood was going into hibernation mode.

Actually, in the hours leading up to the event, there were questions as to if the game would take place. For this sport to really work, you would need at least a foot of snow, Tania explained. The day, as it turned out, offered more rain and sleet than snow, and by the evening we had only a few inches on the ground. 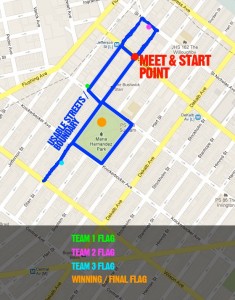 In the end it was a go, though. So teams were formed, and everyone downed a few warming drinks at Mazelle.

But once everyone stepped outside, any idea of a coordinated effort fell to utter ruin. It was as if each participant, once he or she felt the potential power of a nicely packed ball of snow in hand, was overtaken by bloodlust to obliterate their fellow men. Team member turned on team member, friend against friend, stranger against stranger!

It was savagery outside that bar! When someone slipped and fell, he was pelted by others. Someone else built a stockpile of snowballs, only to have some other heartless soul grab the stockpiled balls and use them against their very creator. Old scores were settled, new enemies were forged. Alliances, once formed, quickly collapsed. In the end, everyone person was just out for his or herself.

It was all a lesson in how quickly and thoroughly polite society can break down. Or something like that. After a few minutes, everyone seemed to lose their energy and started filling the chill, and returned to Mazelle, or traipsed down to Pearl’s. 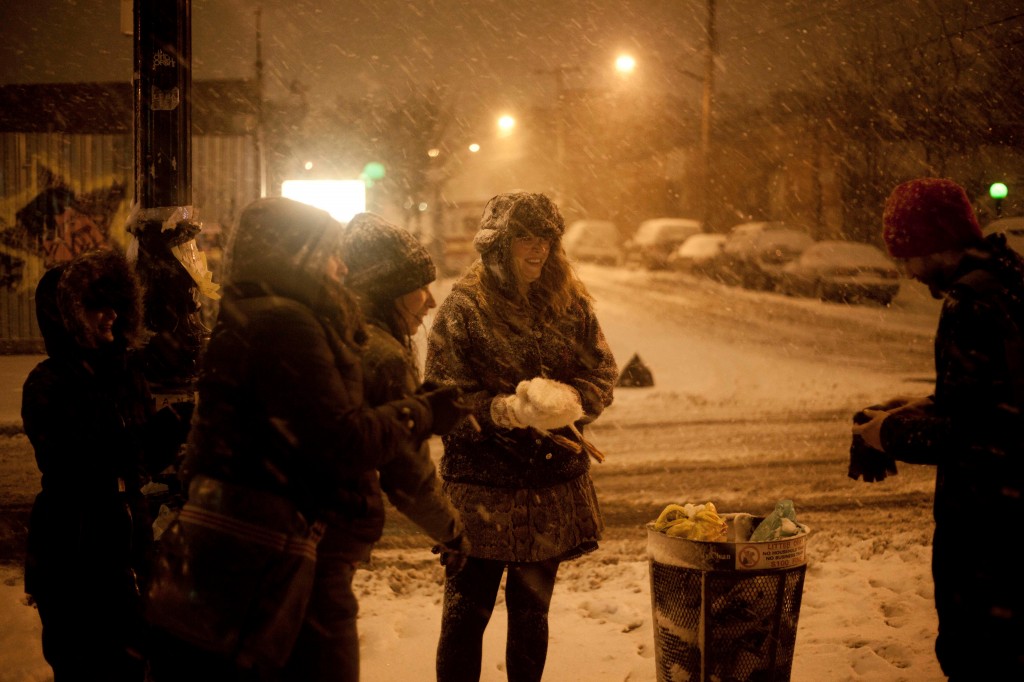 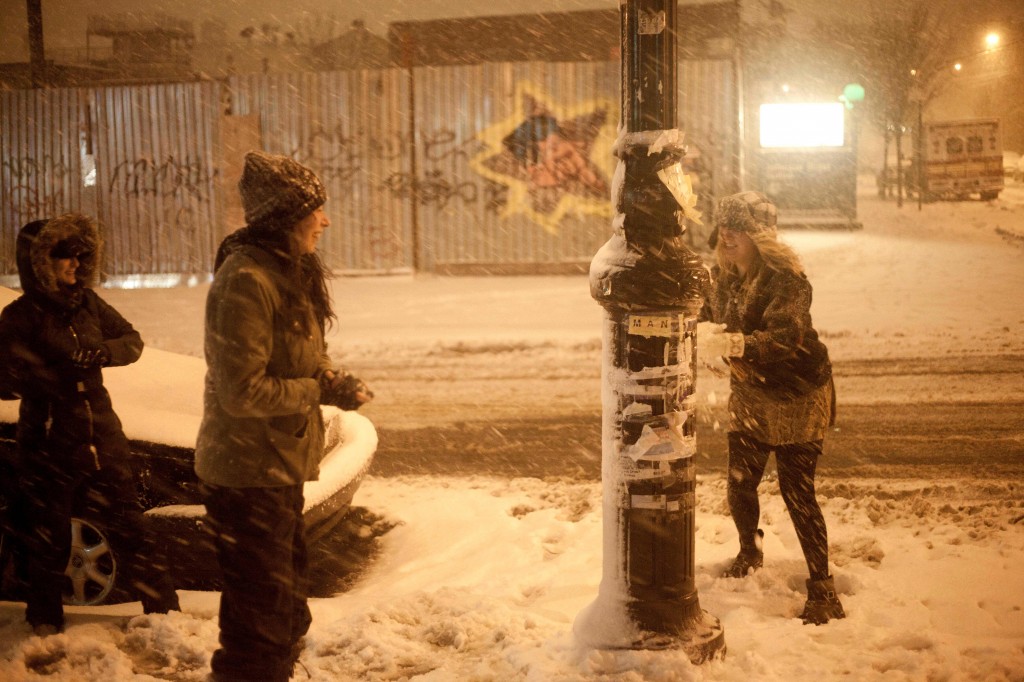 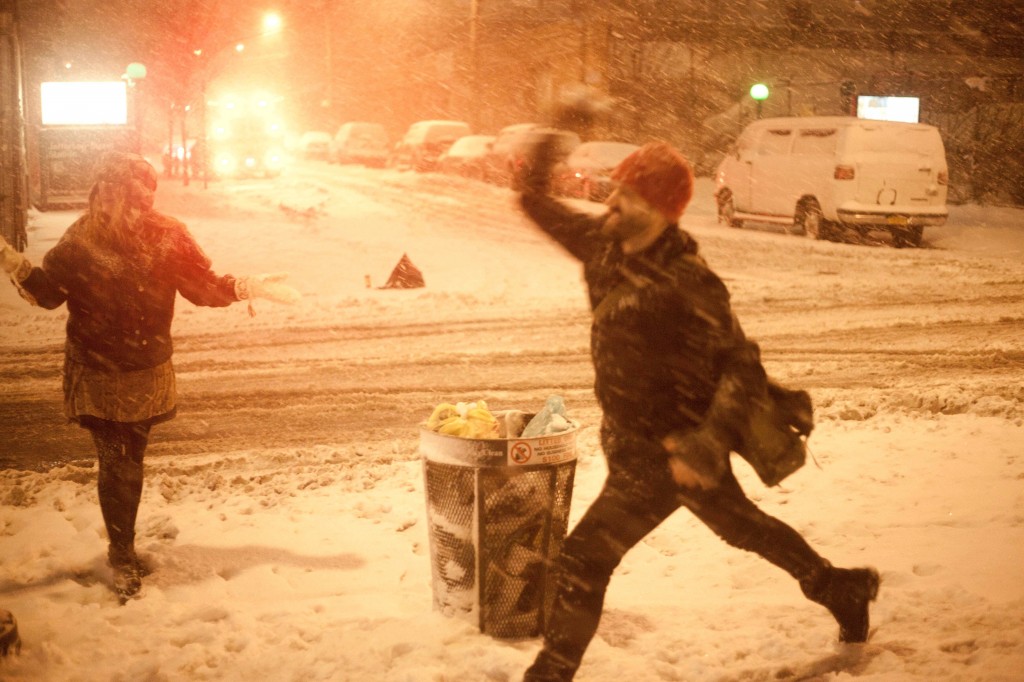 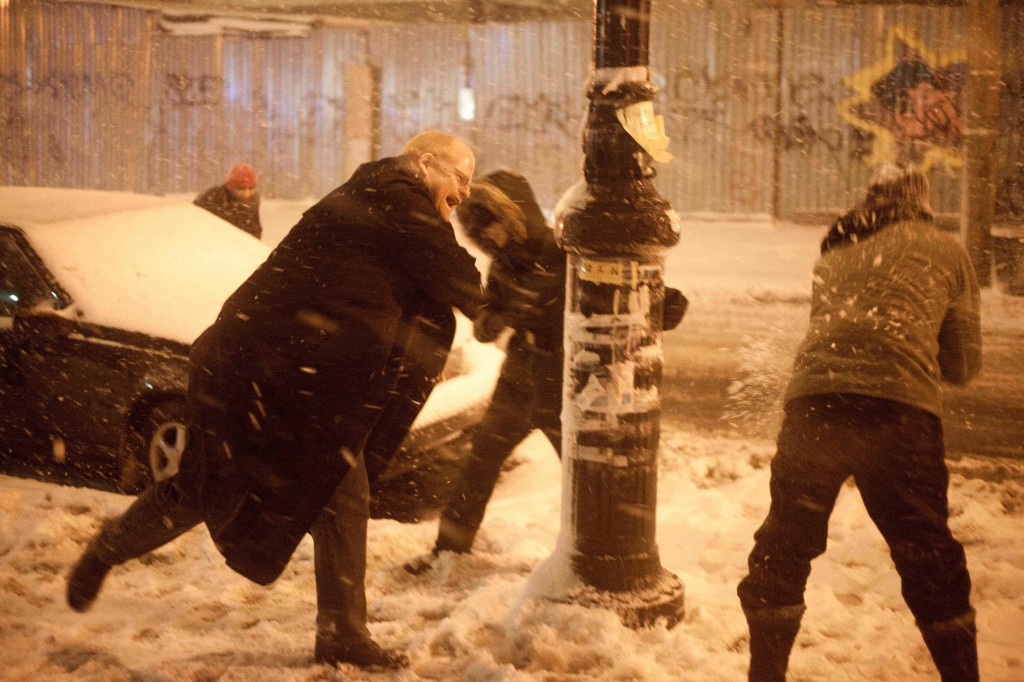 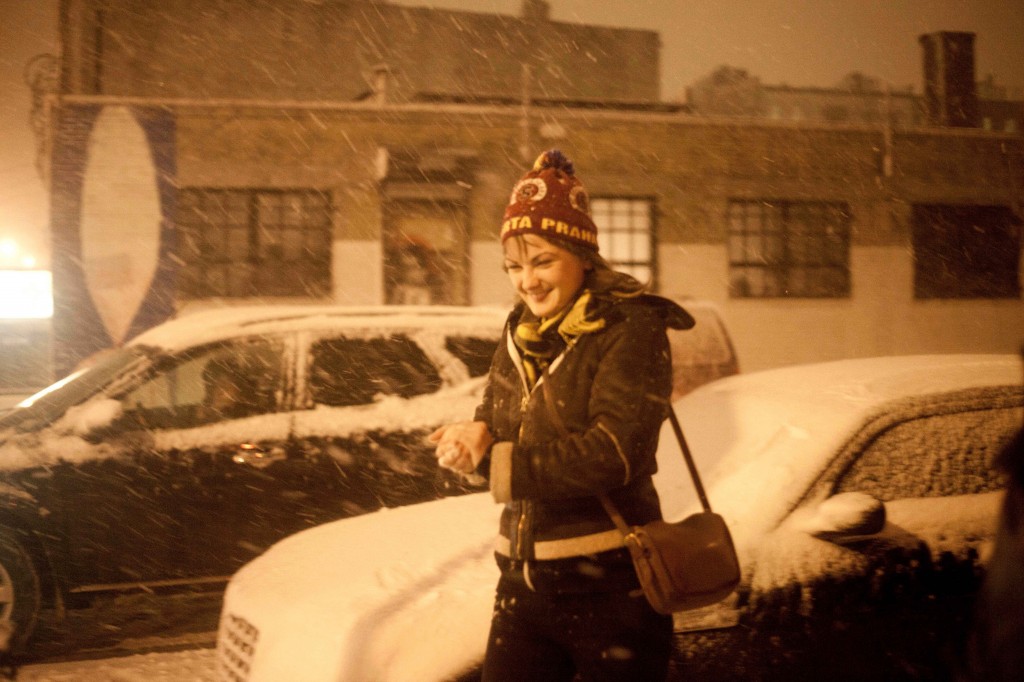 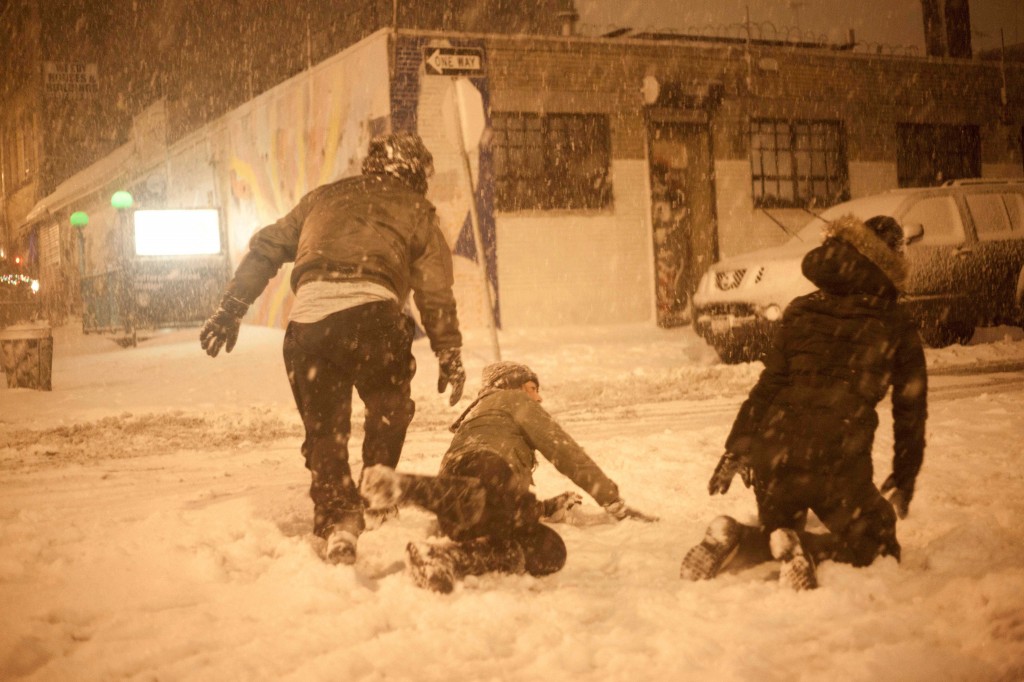 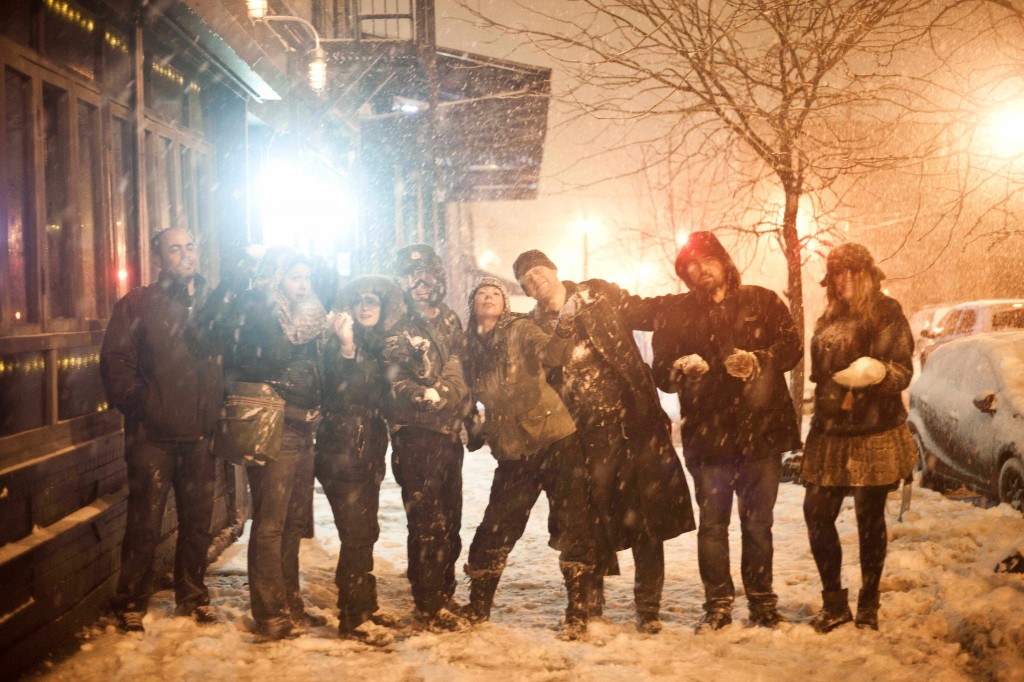 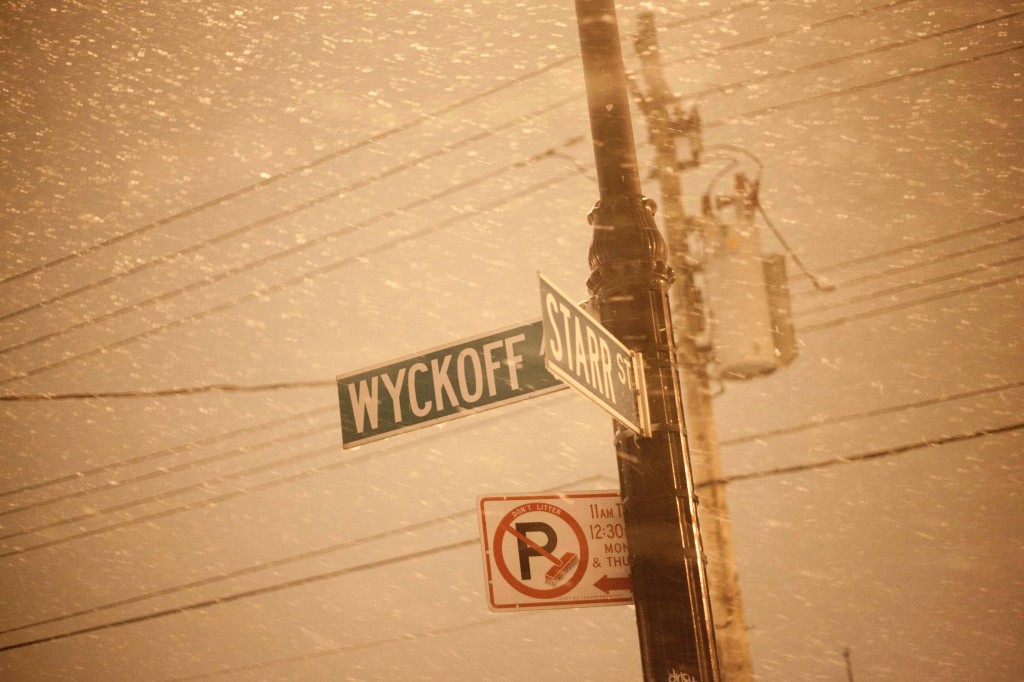