Shame Train: The Art of Bullshit

Everyone bullshits to some extent. However, single men here in NYC not only have an honorary masters in bullshit, they teach the fucking class.

A shining example of this is one of my exes,  ArtistBoy. When I met him years ago in Bushwick, ArtistBoy told me he regularly showed in galleries. He also told me he was a tattoo artist. Pressed for which shop he worked in, he said he worked “guest spots at various shops around New York.”

Iʼll admit, after my third gin & tonic, he had me swooning. We started hanging out frequently and the first time we had sex he told me he wanted me to be his girlfriend and that he wanted to “take care” of me. His bedside manner was downright chivalrous and I quickly found myself enamored. 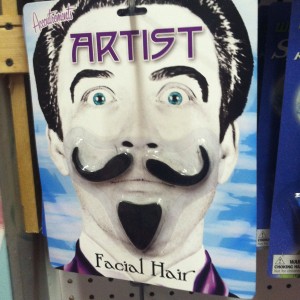 Slowly but surely, however, things started seeming a little off. He was unavailable on certain nights until midnight. He almost never had money. I initially attributed his poverty to the artist bit. But he was always mentioning the latest tech toy he bought.

Cut to reality: In ArtistBoy language, “artist” meant he painted/doodled occasionally and did paint-by-numbers.  And “tattoo artist” meant he WANTED to be a tattoo artist. He was heavily tattooed so that he could convince girls that he is a tattoo artist. But he never touched a tattoo machine in his life. Ever. He literally said to a friend of mine, “Now that I have hand tattoos the girls will really believe that I tattoo.”

The most bullshit reveal? ArtistBoy is actually Waiter-In-A-Chain-Restaurant Boy. Now, I donʼt care what someone does for a living, but if you actually have to lie about what you do and, more importantly, who you are, youʼve got some serious bullshit issues. 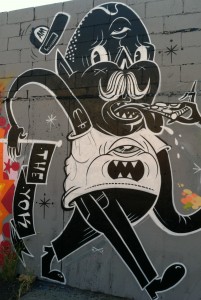 Some girlfriends of mine have also run into ArtistBoy throughout the years and I hear the same thing. He tells girls heʼs a tattoo artist, that he wants to paint them, gets them in bed and tells them he loves them (sometimes in the first night). Then, he ditches them the next day.

ArtistBoy was just one of a number of BS artists I’ve come across in my travels.

There was the PhotogGuy who told me he had just finished working fashion week. Reality: He had just moved from LA, was homeless, jobless and had not worked in over a year.

Barboy said that he was building his own design business and was just working at the bar at night to support his startup. Reality: He slept until 8 pm every day and stole other peopleʼs Instagrams to make it seem like he was in the design loop. Oh, and also had a live-in girlfriend.

CrazyEyes spent the whole summer trying to convince me he was a busy entrepreneur. He took calls in the middle of the coffee shop, took meetings downtown with an “investor” to discuss the next real estate deal he was pursuing, and in general made his day seem successfully busy. He once actually told me that heʼd have to reschedule a lunch because he was waiting on his check from Liza Minnelli.

Reality: CrazyEyes was an unemployed 30-something, living with about seven other people in a shambled loft apartment. He ended up conning his way into working at a restaurant — a job that didnʼt last long once the manager realized he was telling all the patrons he was part owner.

I was never interested in Crazy Eyes to begin with, but I at least thought we could be friends. Canʼt be friends with someone who doesn’t exist, though.

LowJackLumber said he had been single for five years and was ready to settle down with a “good woman,” like me. Reality: While pursuing me, he was also pursuing four other girls he met online. Doesn’t seem like a big deal while I write this, but try dedicating your time, energy and feelings to someone who leads you on saying everything you want to hear while meaning absolutely none of it. At the very least, itʼs unnecessary to tell me Iʼm “the one” so early on. At the most itʼs complete bullshit!

The thing about us Brooklyn girls is that we don’t need the bullshit. We don’t need to think youʼre wealthy, successful, busy or even interested in us if you’re not. Only looking for a casual hookup? Catch me on the right night and maybe I am too.

Want to date but don’t have a lot of money? Who knows – if youʼre the right guy, you may be welcome to a home cooked meal and a movie with dessert in bed, and breakfast in the morning at my place. Hate your job but have a dream to be something else? Tell me and I may know someone who knows someone who can help you achieve that.

But you have to be honest because honesty is a lot sexier than you think and will get you a lot further than your degree in bullshit ever will.

One Response to Shame Train: The Art of Bullshit