From the Wood to the Wick: Where to Pull Your Pants Down in New York 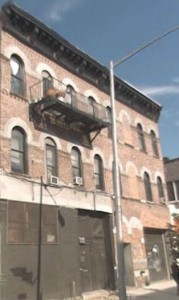 This is an older story that I shared at a few readings and was published on the ILOANBooks Review of Letters last April. I’m currently working on a contemporary history of 13 and 15 Thames Street for ya’ll, so this should make the hunger pains subside. …

I was sitting in the kitchen of a one bedroom apartment across from Tompkins Square Park on a Thursday evening, drinking Tecate and listening to an artist twice my age who I both admired and respected. We spoke about the popularity of prescription drug abuse amongst my generation and the tradition of writers who took speed to be productive.

His girlfriend, a video artist based out of New York, exchanged smiles with the both of us, happy that her boyfriend was from Los Angeles. I was the kid in the candy store hanging out with someone twice my age whose work had been used for iconic punk rock record covers with no formal art training, only to wind up in the Met and the Whitney years later. It was gonna be a good night.

A cab ride across the Williamsburg Bridge into Greenpoint later, we were soon inside a club, amidst band members who called his name and yelled “Yo, we gon get fucked up tonight, right??” I was offered an Adderall, which I declined, my buzz having been up-graded to a shitface, and an eight-hour workday lurking in the near distance.

The word “No” didn’t exist. Of course, my feet wouldn’t move to the back porch until a woman finally grabbed me by the arm and guided me to a group of girls giggling to each other. One of them looked off in a way I couldn’t quite put my finger on, but I shrugged it off.

Soon, I was signing a release form. One woman with a camera explained to me that they were simply taking ‘cock shots” and that we would remain anonymous. After finally photographing my drivers license, I unbuttoned my jeans fly and flipped it out, half excited in my stupor for the attention. A few quick shots amidst a crowd and I was back inside, a shit-eating grin on my face.

“So, did they at least give you a fluffer?” my buddy asked.

It was pushing midnight. I turned around to find a RuPaul lookalike with a wig and a protruding Adams Apple leering at me, who I had recognized from outside. She immediately began hitting on me. Of course, her second question was:

Of course it was then that I realized the situation.

“Nope! Sorry! But your friend over there was pretty cute!”

The ‘friend’ was one of the women hanging out with the photographer. We eyed each other, and I decided to say hi.

Of course, by this time, that would prove to be impossible, as I could no longer hold a steady conversation with anyone. Wandering about, I passed her again, only to clam up. In the dressing room of the bands, I said goodbye to my friend and his girlfriend, only to walk home to the Bedford L train to head back to Queens, stopping to spend $30 on food that would go uneaten on my bed until the next day.

The next morning, I smiled as the elevated train rolled over the bridge in Manhattan, somehow able to recount the entire night’s sequence of events. I emailed the tranny in hopes of meeting the mystery woman .

“Hey, let me know when you and your friends are hanging out again?”

But to no avail.

Some time later, I recounted the story to an audience during a reading at Pete’s Candy Store, relating it to an incident at NYU Trinity Medical Center, where I also dropped my drawers. For a rectal exam. 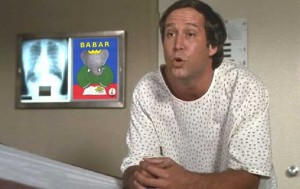 With my usual charm of a homeless man, I cracked wise to the doctor.

“Just to warn you, I’ve never had a Brazilian wax. Sorry.”

The joke was on me though when she shushed me after I screamed. It was still painful to sit on the subway nearly an hour after I left her office.

The promoter of the event later told me, “That’s an actual magazine you know. Those girls are crazy.” To my surprise.

Another six months passed before I was invited to a group brunch by a friend in Bushwick. We went to a new cafe, and I was introduced to everyone, including a woman who looked incredibly familiar. We talked and laughed for hours.

Upon leaving, she made a joke “Ha, that could go in my magazine!”

I already knew where this was heading.

“Holy shit! You took pictures of my dick! At a show in Greenpoint last year!”

She laughed and my jaw dropped to the ground, when she said, “I remember! Guess what?! You’re in the next issue we’re working on!”

Can someone tell me why the L Magazine/ Brooklyn Magazine loves blowing up the secret brothel spots? Shit, I know of one in walking distance from my apartment, you don’t see ME writing about it…

Special thank you to the BK Zine Fest organizers for not taking the knife out of my back and shoving it up my ass. *Ahem*

Guess what kids?? Halloween is approaching! Yes, my absolute favorite holiday of the year will soon be upon us. Here’s what’s happening this weekend and beyond:

1. My good friend Debbie Allen is hosting a cult-themed Halloween Party at Factory Studios in Williamsburg Friday night Oct. 26, with yours truly working the door. Come as your favorite cult leader and let’s get stupid together.

3. Finally, Secret Project Robot, in addition to hosting a shindig on Halloween proper next week, will also giving candy out to children for trick-or-treating, because they’re actually sincere in being a space for the community.