Shame Train: OKStupid From the Wood to the Wick: Where to Pull Your Pants Down in New York 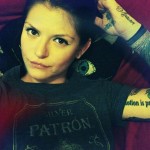 When I was a kid I was very fortunate to grow up in the most beautiful city that I have ever seen, St Petersburg, Russia. Its narrow streets and canals flowed together like a lyric to a romantic song. Its old buildings, which towered over me, seemed almost like guardians, watching, making sure I got to where I was going. In the fall, the Summer Garden illuminated with different colors of fallen leaves, and glistened with the mesmerizing sparks of fresh autumn rain.

I liked to skip around on the lit up blocks that surrounded the Hermitage. The gigantic facade of the buildings and monuments around me held mysteries that I could not wait to discover. At night, all the bridges lit up with their night lamps, and Niva never looked more beautiful.

Even on the gloomy days the city was a living, breathing painting. With its quiet flow of people coming and going, and with the fog hiding the tops of churches like a child hiding his toys it seemed more like an old photograph that kept you guessing as to what lies beneath the surface. No corner ever seemed the same, and no building ever looked a like, each one breathing history with every inhale and exhale.

St Petersburg will forever be the cultural capital of Russia, while Moscow, with its wide roads and Kremlin, can keep its pitiful status as the capital.

When I arrived in New York City I automatically decided to set forth a goal that I would eventually live in Manhattan. Geographically speaking, the Lower East Side, or Alphabet City, is located almost on the same side of St Petersburg where my family resided. Only instead of the East River we had the forest, in which a baby cow ate a bouquet I had gathered for my grandmother.

Unfortunately for me, Manhattan was out of my price range, and I had to settle with the next best thing — BUSHWICK, BROOKLYN.

When I first moved to Bushwick, I was restless. I would take the L train into Manhattan every day, even if I didn’t have to be there. I would wander the streets aimlessly, taking photos and trying to capture that feeling, that moment that made me smell St Petersburg. I would close my eyes and imagine that I was on my old block, try to remember every little detail. And it made my heart ache. That ache made me want to push more and more towards my goal.

However, Bushwick started to grow on me.

There is something you must know. In Russia, or at least in St Petersburg, there was really no such thing as a “community.” I grew up in a city, which means that everyone was out for themselves. We lived our lives, went to school, work, socialized with those we know or are related to. We never really had the sense of ‘love thy neighbor’ that is so popular here.

When I came to America I tried very hard to keep it that way. I didn’t want to be involved in any community activities, gatherings or assemblies. I saw no point. I did my own thing and didn’t bother with the rest.

Since I have moved to Bushwick, the idea of community has somehow changed in my mind.

It is no surprise that through the years Brooklyn has been rapidly changing. Williamsburg used to be the ghetto, and now it is more expensive than Upper East Side and is populated with mostly young families and SOME hipsters. Most of those hipsters that used t0o inhabit Williamsburg have now relocated to, as what is “Morgantown” off the L Morgan stop. And those who lived off of Morgan are now pushing through further and further away.

With that being said, the moment a new demographic of people moves into an area, new businesses begin to pop up, new creative types start crawling out from under the floor boards, and everyone comes together for the ‘community’ and sings Weezer’s Buddy Holy together at a bar like a bunch of fucking choir boys. That is how you know that a new neighborhood has arrived…

Bushwick started changing at a rapid speed — With a vegan restaurant opening here, then a tiny neighborhood bar opening there, some local ‘celebrities’ visiting this place, a newspaper writing a review about that one coffee shop down the block. All of those things collectively begin to form a new neighborhood, with people trying to move further away from the hipster factory that is Bedford and into new, still relevantly cheap apartments in a new places with new business.

But Bushwick, unlike Williamsburg, decided to market itself a little differently. While good old Wburg was all about being the extension of the LES (seeing how it’s just a short walk over the Williamsburg Bridge), Bushwick started to evolve as a place for artists, musicians, writers, and DIYers.

With Bushwick being relevantly new to hipsterland, all the nifty and cool spots that are within walking distance from everyone’s apartments are far and few apart, which creates a sort of a community of its own. While the amount of new bars and restaurants is growing each month, the ones that have already established themselves are seeing a crowd of mostly ‘regulars’, and those said regulars, more so than not, all know each other, or are forced to know each other, because where the hell else are you going to get a shot of tequila and a Modelo for $8 (The Cobra Club. Wyckoff Ave. Jefferson stop on the L) and then stumble three blocks back to your apartment?

With Bushwick you get this sense of unity that you don’t get much of in Manhattan. Manhattan is a vast entity, with many tourists coming and going, people coming in from adjacent states to go to work, all sorts of riots and what else have you. In Brooklyn, Bushwick in specific, you get feel like you are at one big homecoming dance. You know your local bodega’s owner by name, the laundromat ladies already know how much change you are going to need from them and on what day you are coming. The local bar’s bartenders already have your shot and a beer ready for you the moment they see you crossing the street. You can’t walk a block without running into someone you know and each weekend some awesome art show or music event takes place, the news of which spreads faster than the potato famine did.

We all work together to help out local business. We tweet about the bar that just opened up, we go to the coffee shop that’s way out of your way just to get a coffee and spread the word. We check out and shop at the new shops and then post photos on Instagram just to let people know that new place exists and is eager for new customers. It’s an effort to create a neighborhood, and do it right this time.

So somehow I feel like that goal that I had is slowly dimming away. What I thought I wanted when I first arrived here is not the end result that will be. I like my neighborhood (so far at least). I like seeing smiling faces and happy restaurant owners. I like being able to walk out of my apartment and have a wonderful time in my neighborhood which can involve anything from a concert and a gallery opening to a 10 bar barhop and late night munchies.

Manhattan is now becoming a museum of its own. With its beauty and art deco appearance, businessmen rushing to catch the ferry and fashion photographers roaming the streets of SoHo snapping pictures of passers-by, it is a world of its own. And it is a beautiful world. But a world that I love to visit, and admire from my walk over the Brooklyn Bridge. But at the end of the day, I love coming home to my pre-war Bushwick building and enjoying the soothing sound of the passing M train as I watch the most beautiful sunset paint the sky with every color of the spectrum. 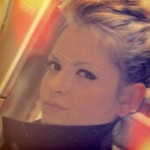 This essay originally appeared on Kate S‘s personal blog “Society As We Know It.” All photos in this essay were taken by Kate.

One Response to The Bushwick Community