From the Wood to the Wick: Karaoke From the Horse’s Mouth Shame Train: Brawny Bikers & Future ex-Husbands

Or maybe Mrs. Dick Chicken, for all we know.

Last night was all about street artist Dick Chicken at Low Brow Artique.

Dick Chicken has been around, dropping his (or her) signature Penis Poultries here and there for several years now. “An exhibition for Dick Chicken! That’s so ‘tarded I’ve just got to go,” a jaded compadre said, blowing off an opening of a less cock-minded artist. Hey, Low Brow aims to please. 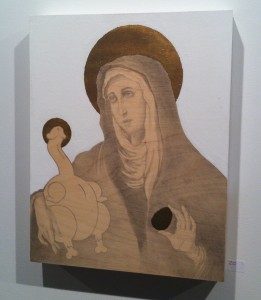 Dick Chicken does one thing, he draws Dick Chickens. Anywhere. On anything. He just came up with the idea of a “dick chicken” one day while doodling, show curator Rhiannon Platt told us. The Dick Chicken show is actually the latest of a series of excellent street artist exhibits Rhiannon assembled for Low Brow. 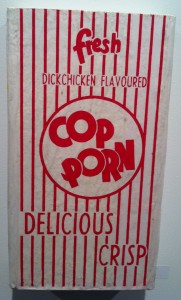 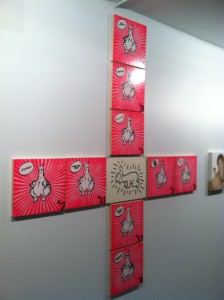 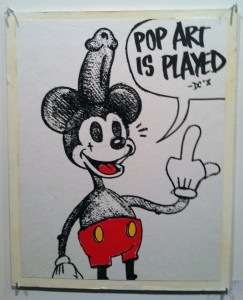 In other words, the law’s going to get him if the outlaws don’t get him first. Can you dig it!

And after this show, we suspect Dick Chicken may catch the eye of a few corporate intellectual property lawyers as well.

Actually, we have no idea what Dick Chicken looks like. So he could have actually been in attendance: 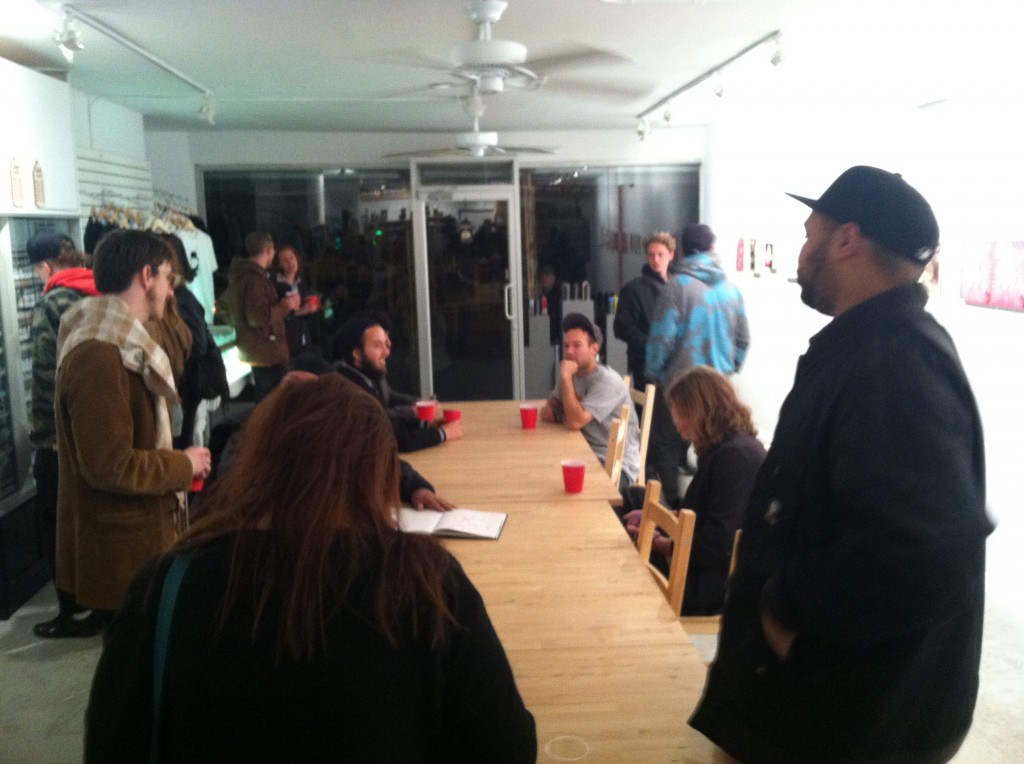 He could be sitting next to you in the subway. He could be the 68 year old Korean woman toting the Ikea bag of frozen squid across Canal Street. We simply don’t know. 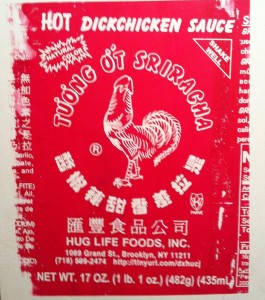 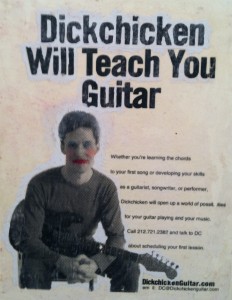 WHAT ELSE DID WE LEARN?  Low Brow has bulked up on the Merch. Finally! Opened by Bishop203 earlier this year to cater specifically to the street artist, the shop offers an expansive and carefully chosen selection of spray paints, and other necessary tooling. And now, for us street artist wanna-bes, the shop now stocks a fine collection of shirtware, for $15 – $20. So while you missed the opening–with the free keg beer–you can stop in Low Brow check out some Dick Chickens and buy a cool-ass shirt. We’ll grab some of these ourselves when we get a few extra sawbucks in our pocket: