Psychics Dance to the Hits of Tomorrow Vegan Way

From the Wood to the Wick: Party and Bullshit

Comparisons get real old real fast and I’m not going to discuss restaurants or bars in the vicinity (unless any of you entrepreneurs want to hook me up with free food/booze.) because I do it for the Kids. This week it’s going to be like kindergarten meets Tupac: 1-2-3 All Eyez On Me.

No, I’m just playing, I’ll leave unadulterated half-kidding-but-not-really-narcissism to the folks at Thought Catalog. Now that it’s September, the hood will once again be home to college kids who’d rather share a loft with six people so they don’t have to put a sock over the fire alarm and towel the door when they smoke out. The bad part about this is everything is packed to the gills again. The good part is there’ll be more parties than you can shake your dick at. Ask the girls at Candy Rain Magazine about that (or just tune into Cock Talk on Newtown Radio Tuesday nights at 8). Here’s a guide for the newbies: 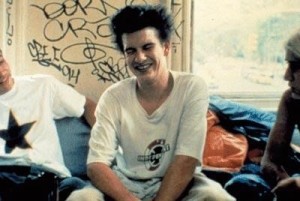 These are for the following: payday, other promoters and DJ’s, out-of-towners and girls slick/hot enough to talk their way in without paying the $20 cover ($15 if you’re dressed as a walking K-hole/ the ghost of Justin Pierce, RIP.) The Danger used to be king at this, especially the jams thrown at Third Ward. Working the door at these is both awesome and a huge pain in the ass.

You go if you haven’t seen Japanther or Cerebral Ballzy rip shit up yet, or if there’s an open bar (Trash Bar doesn’t count.) Also if your roomie is in one of those fake honky tonk bands that are popping up like los chinches, because maybe he’ll give you a drink ticket/put you on the guest list/you owe him a huge favor. There’s also magazine release parties and the good ones have open bars. 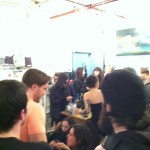 Art Parties
Your friend is in the show, or if it’s at a gallery. Those are the only two reasons because if it’s at a gallery, there’s almost always a guarantee of free boxed wine and if you’re an artist, you can ‘network’ (meaning talk shit to the other people you know there about why the featured artist doesn’t deserve success and you do).

House Parties
The king of parties, a good house party that almost gets out of control is the best because it’s economical for all and it’s easier to talk to strangers with six degrees of separation between you. I’ve been the good host and the bad guest and seen varieties of all. Friends of mine over near LA Burrito throw parties on the reg since they have a backyard and two out of three times something happens. A campfire almost went out of control there once and NYFD came, put it out and left saying only “This aint Nebraska guys, you can’t have an open fire in the city.” Another time I projectile vomited and yet another a woman I just met loudly called me an asshole when I told her men get a pass on leaving their wives and kids (I wasn’t defending them.) Good times! So yeah, there’s two sides of the coin. 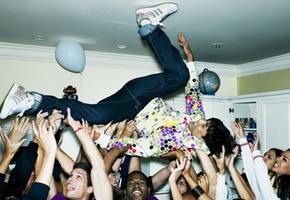 GUESTS- You are to bring the following:
Booze. Nothing you won’t get pissed about if someone takes it. Which they will.

Party Favors. Just don’t kill us or yourself. If the host puts the kabosh on it, don’t get pissed, just respect it. They don’t come to your place and take your shit, you vacuum cleaner.

Friends. Even if it’s a birthday party, bring em. And if that’s the case, don’t worry about presents, we’re not 12 anymore.

Don’t expect the host to have anything, even if it’s a barbecue. Treat it like there’ll be absolutely nothing left when you roll in. Don’t show til 11, don’t drink on the stoop, don’t go on the roof if you’ve already fallen down once. 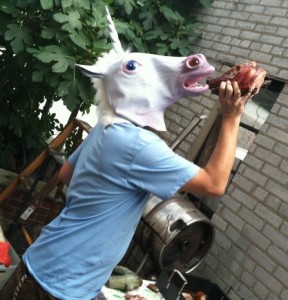 HOSTS- You are to do the following:
Neighbors. Tell your neighbors you’re having a get together. Trust me.
Booze. I’d say a 30 rack (better make it two) of Tecate will cover you. Hide your good booze in the bedroom, we WILL drink it if it’s out.
Party Favors. Hide em just like the good booze, unless no one shows up(loser) or you get a 7 or above into your bedroom during/after.
Friends. Invite as many as you can, and mix it up: that means guys, gals, straights, gays, hoodrats, out-of-towners.
Food. Optional, unless you told everyone it was a barbecue. Then that’s all on you, chief.

For a more comprehensive guide on throwing a party, Vice did a good one. I’d say something about music, but last time I hosted peops, I had my DJ privileges revoked.

Any major dude will tell you if it’s good, a loft party can be way better than a house party, because the good ones have live music, and sometimes a bar set up so if you run out of the beer you brought, you don’t have to stumble out and buy more and then wait for someone to open the door to the building to get back in and walk up five flights of stairs again. The best one I went to had a bar where they were also selling shots of Green Dragon and there was a punk band where the singer dressed as a Hooters waitress and kept picking fights until someone kicked his ass. Then we left because a UC was in the crowd. Good times. 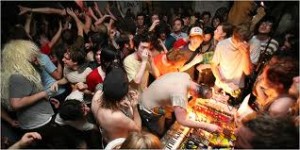 Fall shindigs are like a shark attack- it’s a feeding frenzy. With any luck, you’ll be hooking up with Casey Anthony instead of the girl/guy whose theme song is “Me so boring/Ugh/Me so boring/Annoy you long time.”

Hey folks on Twitter! “I wish someone would bring me food/beer/coffee” is lameballz. (OMG!! LOL!) I wish a hot girl would bring me a dub and her lips around my penis, but as the saying goes, “Wish in one hand, shit in the other and see which one fills up first.”

Kris Humphries apparently has an STD. That’s why they call it the Dirty Jersey (For the record, I’m from the 973 and I’m clean.)

There’s an awesome article on the story of XPO 929 (formerly Party XPO 929) by former Street Carnage editor Arvind Dilawar, with photos by local photographer Angela Melamud. Refreshing to see something written about a project where everyone involved is acknowledged.

The 2010 documentary Total Badass is now available to stream free for those of you who missed it or want to catch it again. If you don’t know who Chad Holt is, the next time one of your pals goes to Austin, have them bring you back an issue of Whoopsy! Magazine. His columns are gleefully offensive and he was real cool to my pals and I when we met him.

I know I left out block parties. That could take an entire column and those are summer-exclusive. Tweet me at @waityourarobot and let me know what you want me to talk about.

3 Responses to From the Wood to the Wick: Party and Bullshit